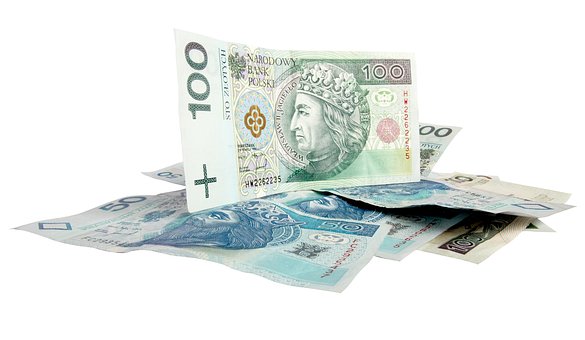 In recent months, the critical minerals sector has been at the top of government legislative and regulatory agendas and has been subject to substantial media attention. “Critical minerals” is a generic term that refers to a list of minerals and metals considered essential to the transition to a low-carbon energy economy, renewable energy development and infrastructure, and national security. Although there is no definitive, global list of “critical minerals,” minerals such as aluminum, lithium, nickel, cobalt and rare earth elements are generally considered “critical minerals” as they are indispensable for electric vehicles (EVs), wind turbines, electricity network, consumer electronics and defense and security technologies.

Over the past few years, Chinese companies have attempted to increase their access to lithium mines worldwide to meet the growing global demand for batteries. Demand for lithium, a vital element in battery production, is expected to leap in the coming years as the auto industry phases out internal-combustion engines and rolls out EVs.1

As the United States and allied governments move to prioritize their own domestic critical minerals supply chains, foreign companies operating or investing in the critical minerals and mining sectors should expect enhanced scrutiny. Chinese and other foreign investors have already faced heightened scrutiny in the U.S. and Australia, and based on the recent divestitures and new guidance issued by the Canadian government, similar treatment is expected in Canada as well.

Since President Joe Biden’s inauguration in January 2021, the Biden Administration has taken steps to strengthen domestic industrial supply chains – measures that continue to have strategic implications for U.S. national security. These efforts include several initiatives aimed at expanding and protecting the U.S. critical minerals supply chain. In February 2021, Biden issued an Executive Order on America’s Supply Chain, which called for a comprehensive, government-wide approach to addressing vulnerabilities in U.S. supply chains resulting from threats to critical mineral supplies and other key sectors, including semiconductors, pharmaceuticals, and information and communications technologies. In June 2022, the United States and key partner countries established the Minerals Security Partnership (MSP) – which has been dubbed “a metallic NATO” – to further bolster critical mineral supply chains.2

In September 2022, Biden signed an executive order (E.O.) detailing key factors as well as key industries and business sectors for the Committee on Foreign Investment in the United States (CFIUS) to consider when reviewing transactions for national security risks.3 (See previous Holland & Knight alert, “New Executive Order Creates Roadmap of Heightened CFIUS Scrutiny for Cross-Border M&A,” Sept. 20, 2022.) The E.O. directs CFIUS to consider how a proposed transaction will affect the resilience of critical U.S. supply chains. The E.O. notes that foreign investment that shifts ownership, rights or control to a foreign person in critical mineral resources can pose a threat to U.S. national security. These considerations include the degree of diversification through alternative suppliers across the supply chain, including suppliers located in allied or partner countries, supply relationships with the U.S. government and the concentration of ownership or control by the foreign person in a given supply chain.

In addition, the E.O. directs CFIUS to examine investment trends and the totality of an investment pattern to identify transactions that will harm national security, even if such transactions may appear to constitute limited threats when viewed in isolation.

Australia is the world’s top producer of lithium and rutile and the world’s second-largest producer of zircon and rare earth elements. As such, like the United States, Australia has also pursued enhanced regulation of foreign investment and transactions involving the critical minerals sector. The Foreign Investment Review Board (FIRB), which examines certain proposed foreign investments and makes recommendations to the Australian government, identifies the extraction, processing or sale of critical minerals as a key area of national security concern. Accordingly, in its guidance note, FIRB encourages foreign persons looking to invest in Australian businesses or entities involved in the extraction, processing or sale of rare earth elements, lithium, graphite, cobalt, vanadium, copper, nickel, silicon and high-purity alumina to seek government’s approval first.4 Absent a voluntary notification, FIRB may unilaterally initiate a national security review and impose unfavorable conditions and, in extreme cases, order divestiture up to 10 years after the transaction has been completed.

On Nov. 2, 2022, the Canadian government ordered the divestiture of three Chinese investors in Canadian companies engaged in the critical minerals sector in Canada and abroad after concluding these transactions threaten national security.5

Under guidance issued by the Canadian government on Oct. 28, 2022, Canada has the broad authority to review critical minerals investments in Canadian entities and Canadian assets (including domestic and overseas assets) across all stages of the minerals processing chain (e.g., exploration, development and production, resource processing and refining, etc.) by foreign SOEs and private investors tied to foreign governments. For such investors, applications for acquisitions of control of a Canadian business involving critical minerals will only be approved on an exceptional basis. Other investments, including greenfield and minority investments, regardless of the value, whether direct or indirect, are subject to a national security review. The participation of foreign SOEs or entities linked to or subject to influence by hostile or non-likeminded regimes or states will support a finding that there are reasonable grounds to believe the investment poses a threat to national security.7

Likewise, on Dec. 7, 2022, the Canadian Minister of Innovation, Science, and Industry introduced the National Security Review of Investments Modernization Act8 to amend the foreign investment screening regime under the Investment Canada Act and more closely align Canada’s review process with that of CFIUS and the National Security and Investment Act in the U.K. The bill proposes several substantial amendments that, if passed, would affect foreign investments in businesses that operate directly or indirectly in certain “prescribed business activities,” including a pre-closing notification requirement. The list of these prescribed business activities has not been published but will likely include sensitive sectors such as the critical minerals, critical infrastructure, advanced technologies and defense sectors.

These efforts come as the Canadian government has moved to prioritize critical minerals as crucial building blocks for the green energy transition and other key sectors, including AI, agriculture and microelectronics. On Dec. 9, 2022, Canada unveiled its new Critical Minerals Strategy.9 The Critical Minerals Strategy, backed by nearly CA$4 billion in funding, sets out a vision for Canada to become a global supplier of choice for critical minerals and the clean digital technologies they enable. Under the strategy, the Canadian government hopes to increase investment, boost extraction, enhance regulatory oversight and harmonize policies with allies, all while being mindful of growing national security considerations tied to critical mineral supply chains.

Canada’s tough stance on Chinese investments in the critical minerals sector is one example of the broader geopolitical risks associated with minerals dependency and a convergence in treatment of foreign investments in the critical minerals sectors by the U.S. and its closest allies. China is the dominant global player in refining strategic minerals, and it holds 78 percent of the world’s cell manufacturing capacity for EV batteries.10 Moving forward, further efforts are expected by the U.S., Australia, Canada and allies to counter Chinese dominance in this space, including through foreign investment screening. Holland & Knight is closely monitoring relevant regulatory changes and the latest developments related to the critical minerals supply chain.

If you have any questions about this alert or seek assistance formulating a CFIUS strategy, reach out to the authors or another member of Holland & Knight’s CFIUS and Industrial Security Team. The team’s attorneys have the knowledge and experience to conduct the necessary due diligence to identify covered transactions, prepare the necessary CFIUS risk assessments to equip business leaders with tools to evaluate regulatory risk and help navigate the evolving CFIUS landscape.

9 See The Government of Canada, The Canadian Critical Minerals Strategy, From Exploration to Recycling: Powering the Green and Digital Economy for Canada and the World (Dec. 9, 2022).

10 Rodrigo Castillo and Caitlin Purdy, China’s Role in Supplying Critical Minerals for the Global Energy Transition: What Could the Future Hold?, Results for Development (Aug. 1, 2022).

Information contained in this alert is for the general education and knowledge of our readers. It is not designed to be, and should not be used as, the sole source of information when analyzing and resolving a legal problem, and it should not be substituted for legal advice, which relies on a specific factual analysis. Moreover, the laws of each jurisdiction are different and are constantly changing. This information is not intended to create, and receipt of it does not constitute, an attorney-client relationship. If you have specific questions regarding a particular fact situation, we urge you to consult the authors of this publication, your Holland & Knight representative or other competent legal counsel.

We have our social media profiles here , as well as additional related pages here.https://lmflux.com/related-pages/