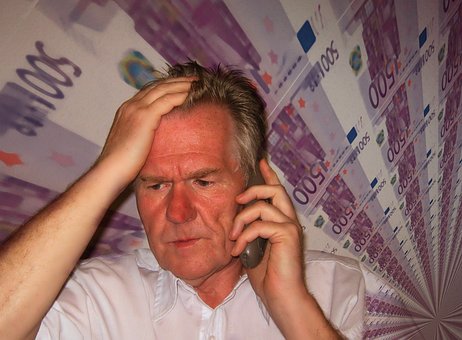 The two-year budget he unveiled at a Warren Township school Wednesday afternoon will be his last before he leaves office in two years.

The centerpiece is a roughly $1.15 billion increase in K-12 funding by the end of the 2025 budget year. This would bring a 6% increase in funding for Fiscal Year 2024, which begins July 1, and an additional 2% boost for FY 2025. Holcomb said he wants the average teacher salary to reach $60,000 during that time, up from $56,600 currently. The governor also wants to offer $20 million in incentive-based funding meant to bring Indiana’s third grade reading proficiency scores to 95% by 2027. Additionally, Holcomb said it’s time for Indiana to get rid of textbook fees.

“To do this would be meeting the spirit of the law, quite frankly,” he said, adding Indiana is one of just seven states that charge K-12 families for textbooks.

On the higher education front, Holcomb called for automatically enrolling all eligible students in the 21st Century Scholars Program and for a $184 million increase in higher education funding. He also will ask lawmakers to provide a $10 million grant for Martin University, the state’s only higher education institution that serves a predominantly Black student population.

A public health panel last year recommended the state spend an additional $240 million a year on public health to bring Indiana up to the national average in terms of public health funding. Holcomb instead proposed boosting public health spending by $120 million during FY 2024 and then by $227 million for FY 2025. Administration officials said they chose those numbers because it will take some time for public health agencies to build up the infrastructure necessary to make use of the additional funding. Of those two figures, $100 million and $200 million, respectively, would be set aside specifically for local public health agencies. Agencies would have to opt into state funding by July 1 or that funding would revert to the state’s general fund.

“Health is wealth and it has to be discussed in the same context (as workforce development),” Holcomb said. “It will require everyone to do some things differently. We have the financial wherewithal to hit this head on.”

Holcomb said he wants the state’s portion of the additional public health funding to cover upgrades to the new 988 suicide prevention hotline including a pilot program of crisis teams to respond to 988 calls.

Initial reaction from leading Republicans was generally positive. House Speaker Todd Huston, R-Fishers, and Senate President pro tem Rod Bray, R-Martinsville, said in separate statements Indiana was in a good position financially and they looked forward to working with the governor on his proposals. House Minority Leader Phil GiaQuinta, D-Fort Wayne, said he liked the governor’s investments in public health and education but wondered if Republicans in the General Assembly would go along with them. The most pointed criticism came from Senate Minority Leader Greg Taylor, D-Indianapolis, who said the governor’s funding ideas, while needed, fell far short of actual needs.

“When you have the kind of surpluses that we have and the children of Indiana, only 30% to 40% of them can pass IREAD in third grade, then our priorities are in the wrong place,” Taylor told News 8 following the governor’s announcement.

Other items on the governor’s wish list include a twofold increase in food bank funding to $2 million and a new revolving fund to pay for land acquisition by the Indiana Economic Development Corp., with an initial investment of $150 million. The governor said he also wants to increase the starting salary for state troopers, excise police officers and conservation officers to $70,000.

“INDIANAPOLIS – Governor Eric J. Holcomb today announced as part of his 2023 Next Level Agenda he will pursue transformational changes to the way public health is delivered in Indiana, historic investments in K-12 education – including fully funding the cost of textbooks for Indiana students and new literacy initiatives, and – even stronger economic development tools to capture key economic development projects, and investing another $500 million in the successful READI program

“‘By making lasting investments in our health, education and workforce we are building a stronger tomorrow for all Hoosiers,’ Gov. Holcomb said. ‘First and foremost, we will protect our fiscal strength of Indiana by adopting our 10th straight honestly balanced budget which allows us to strategically prioritize public health, education, workforce, as well as economic and community development to elevate Indiana to the Next Level and provide citizens and their families the tools they need to not just survive but thrive for generations to come.’

“Governor Holcomb’s 2023 Next Level Agenda details, both legislative and administrative priorities, can be found in five key categories.

“The governor is committed to fundamentally improving Hoosier health outcomes by providing the necessary resources and service delivery. He will pursue implementation of the Governor’s Public Health Commission recommendations, including a budget request for $120 million for state fiscal year 2024 and $227 million in 2025, with most of the dollars available to county officials. The increased funding will be used to:

“> Standardize governance, infrastructure and services to all 92 counties.

“Better access to mental health services continues to be a priority in the 2023 Next Level Agenda. The governor has initiated a three-pillar crisis prevention and response system to provide Hoosiers with someone to contact, someone to respond and a safe place for help. In addition to improving and expanding the 988 Crisis and Suicide Lifeline services the state is:

“> Piloting four mobile crisis teams in 15 counties to ensure there is someone to respond. The number of crisis teams will continue to grow in 2023 and beyond

“> Implementing the Governor’s Challenge to Prevent Suicide among veterans and service members by investing $4.25 million over the next two years to promote veteran wellness, reduce risk, increase protection and improve effective treatment and recovery

“Gov. Holcomb will continue to provide necessary resources to combat the drug epidemic. In 2023, the governor will launch a new Treatment Finder Program to connect Hoosiers battling addiction with the appropriate treatment. The state, along with local partners, will begin to invest the more than $500 million the state will receive in the coming years from the national opioid settlement to create more community substance use programs to help those suffering from addiction.

“Since 2017 Gov. Holcomb has made historic investments in education and his 2023 agenda elevates education and workforce, again, to the Next Level.

“> Collaborate with legislators to establish a $20 million incentive program that rewards schools and teachers that improve students’ passing rate for IREAD3. The Indiana Department of Education’s goal is that 95 percent of students in third grade demonstrate reading proficiency skills by 2027

“> Prohibit textbook and curricular material fees for Indiana K-12 families. Indiana is one of seven states that allows families to be charged for textbooks

“> Fully fund the cost of textbooks and other curriculum materials for more than 1 million students at all traditional public and charter schools and eligible students in non-public schools. Cost is approximately $160 million per year.

“> Implement the Dolly Parton Imagination Library statewide. The program provides every child from birth to 5-years-old with one book each month. The state’s share of the program is estimated to be $4.1 million in the first two years

“The governor recommends investing in higher education by committing to a 6% increase in year one and a 2% increase in year two, totaling $184 million of the biennial budget. His support comes with the charge that a portion of the new funding will be based on performance goals for retaining graduating students in Indiana. Gov. Holcomb supports the Commissioner for Higher Education in its goal of auto-enrolling eligible students in the 21st Century Scholarship Program.

“The governor will also ask for a one-time $10 million budget commitment to Martin University to support the only Predominately Black Institution in Indiana and boost the support of graduation by more first-generation college and low-income minority students.

“The governor will also expand eligibility for Child Care and Development Fund vouchers and work with legislators to expand On My Way Pre K eligibility by raising the income eligibility limits for the programs from 127% to 138% of the federal poverty limit. This change will expand program access to about 5,000 more lower income working families. Federal funds will be used through September 2024, with an estimated state impact of $15 million annually after that.

“The Family and Social Services Administration will use $25 million in federal funds to develop an innovative grant program to encourage employer-sponsored childcare to provide more onsite options for working caregivers.

“Gov. Holcomb is committed to providing Hoosiers with more opportunities to obtain the skills they need to prepare for the jobs of tomorrow. The agenda proposes more investment in adult education to reduce the number of working age adults without a high school diploma or workforce training. He will seek to do the following:

“> Invest in Department of Workforce Development (DWD) adult education training by requesting an additional $12 million over two years for education programs. This will help eliminate a waiting list of 8,000 people who are seeking more training opportunities

“> Increase funding from $1 million to $1.5 million annually for the Graduation Alliance, an online education program for adults to achieve a diploma or credential

“> Support the development of a DWD Unemployment Insurance pilot program that incentivizes recipients to complete their diploma or equivalency. Estimated cost is $4.4 million annually

“To build upon the record-breaking year of capturing $22.2 billion in committed capital investment, the agenda focuses on diversifying the Indiana Economic Development Corporation (IEDC) toolkit to remain competitive for future growth. Gov. Holcomb commits to do the following:

“The 2023 Next Level Agenda seeks to better connect Hoosiers to their neighbors, communities and beyond. Gov. Holcomb will request an additional $500 million to fund another round of the Regional Economic Acceleration & Development Initiative (READI). READI has become a nationally recognized innovative program that brings communities together to build for their future.

“Gov. Holcomb remains committed to expanding the state’s trails system and adding to our land conservation program. The governor is requesting an additional $50 million for Next Level Trails to continue the historic pursuit of becoming the most trail friendly state in the country, and he will request $25 million for additional land conservation efforts.

“The state will move forward with a fourth round of Next Level Connections to address broadband service gaps. $70 million in state and federal funds remain. Indiana also is developing a plan in anticipation of the release of funding from the Infrastructure Investment and Jobs Act to continue to bring quality and affordable service to all corners of the state.

“The state will continue its partnership with the state’s food bank network by increasing funding from $1 million to $2 million each year.

“Supporting public safety to maintain safe communities and schools will continue to be a priority in 2023. The governor will work with legislators to improve school safety by increasing the Secured School Safety Grant Fund to $25 million, expanding the ways schools can use the grants, and aligning policies across all public schools. Indiana has invested nearly $133 million in grants to improve school safety in the past nine years.

“The governor will also propose a $24.2 million investment in a regional firefighter training infrastructure to provide a consistent and standardized firefighting training model across the state. The governor is directing the Department of Homeland Security to enhance existing training sites and create new ones to help cover the training gaps that exist in some areas of Indiana. In addition, the state will invest $10 million over the next five years to purchase needed equipment and gear for volunteer firefighting organizations.

“The 2023 agenda will include $160 million budget request to fund the state employee compensation pay study which was implemented in late 2022 to attract and retain state employees who provide critical services to Hoosiers in all 92 counties.

“Additionally, the governor will request funding in the current fiscal year to follow through on the commitment to complete the following four capital projects: new Westville Correctional Facility; new state archives building; co-location of the state’s blind and deaf schools, and a new state park inn at Potato Creek State Park.

Find here our social media profiles and other pages related to it.https://lmflux.com/related-pages/