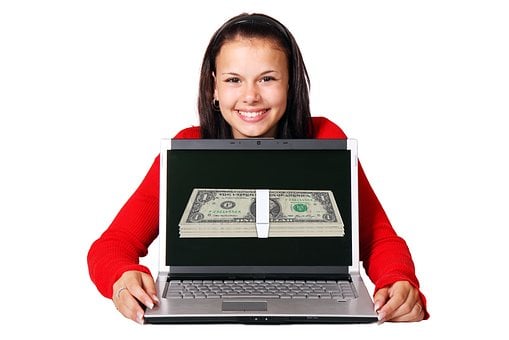 In a surprise paradigm shift, retail investors are landing some of the best terms in the hottest startups. Gone are the days of billionaires and hedge funds getting exclusive access to the hottest startups. Heliogen Inc. HLGN is a company that got a slew of press for receiving an investment from the 20-year-long world’s richest man Bill Gates, then going to IPO in early 2022. However, most people don’t know that Heliogen’s earliest backers were actually retail investors. That’s right, the company’s earliest backers were nearly 1,000 everyday investors like you, who cumulatively invested over $1.6 million to help fund the company.

Heliogen launched its seed round (one of a startup’s earliest investment rounds) on SeedInvest, a leading equity crowdfunding platform at a mere $20 million valuation in 2017. In early 2021, the company IPO’d via a special purpose acquisition company (SPAC) at a valuation of about $2 billion and a share price of $10. Notwithstanding dilution, that’s an effective share price of just ten cents. That means anyone who got in on their earliest round could have been sitting on gains of as much as 100x. An investment of $500 would have earned you about $50,000 after only five years.

The company’s stock has since retreated significantly from its IPO high of $15 to roughly $1 per share price. This is likely from the poor timing of the IPO and general macroeconomic conditions. However, Heliogen is competing against several traditional utility companies like NextEra Energy Inc. NEE, so they definitely have their work cut out for them. NextEra Energy Inc. reported $6.72 Billion in revenue last quarter and a net income of $1.7 Billion. These highly profitable, multi-billion dollar companies like NextEra Energy likely won’t give up market share lying down, which could spell further disaster for Heliogen. Heliogen is consistently losing tens of millions per quarter, so the decline in price could simply be a lack of faith in the business model or its ability to compete.

Despite retreating to just $1 per share, the market cap is still at approximately $200 million, or as much as 10x gains from its seed round. So while anyone buying into their IPO isn’t so lucky, many of Heliogens earliest investors on SeedInvest are still sitting on massive gains if they are still holding.

How Can You Get Involved And Invest In Startups?

Heliogen isn’t the only company with a story like this. Atlis Motors, Knightscope, and a host of others are all companies that raised at the earliest stages from everyday investors, then IPO’d, resulting in massive gains for those investors. However, hundreds of these companies are raising every day on top platforms like StartEngine, Wefunder, and Republic.

TruBrain, for example, is an innovative startup focusing on wearable technology for cognitive function. Its device recently received FDA qualification, and it has currently raised over $1 million on StartEngine.

Gameflip is a leading gaming marketplace startup that has facilitated over $140 million in sales and is used by over $6 million gamers worldwide. Despite this, the company is raising on StartEngine at a share price of only 50 cents and a valuation of $34 million.

It’s as simple as going to any leading equity crowdfunding platform, looking over the hundreds of startups raising funds on their site, then clicking invest. After that, you wait and get occasional updates about the company. While not every startup will succeed, many investors use the 90-10 or 80-20 rule. Only 10% to 20% of startup investments will make it to an exit like an IPO, but that 10% to 20% have the potential to make up all the gains for the others that fail.

10,000% Gains – The Startup That Raised From Retail, Then Got an Investment From Bill Gates and IPO’d at Massive Gains – Heliogen (NYSE:HLGN), NextEra Energy (NYSE:NEE)

We have our social media profiles here and other pages on related topics here.https://lmflux.com/related-pages/