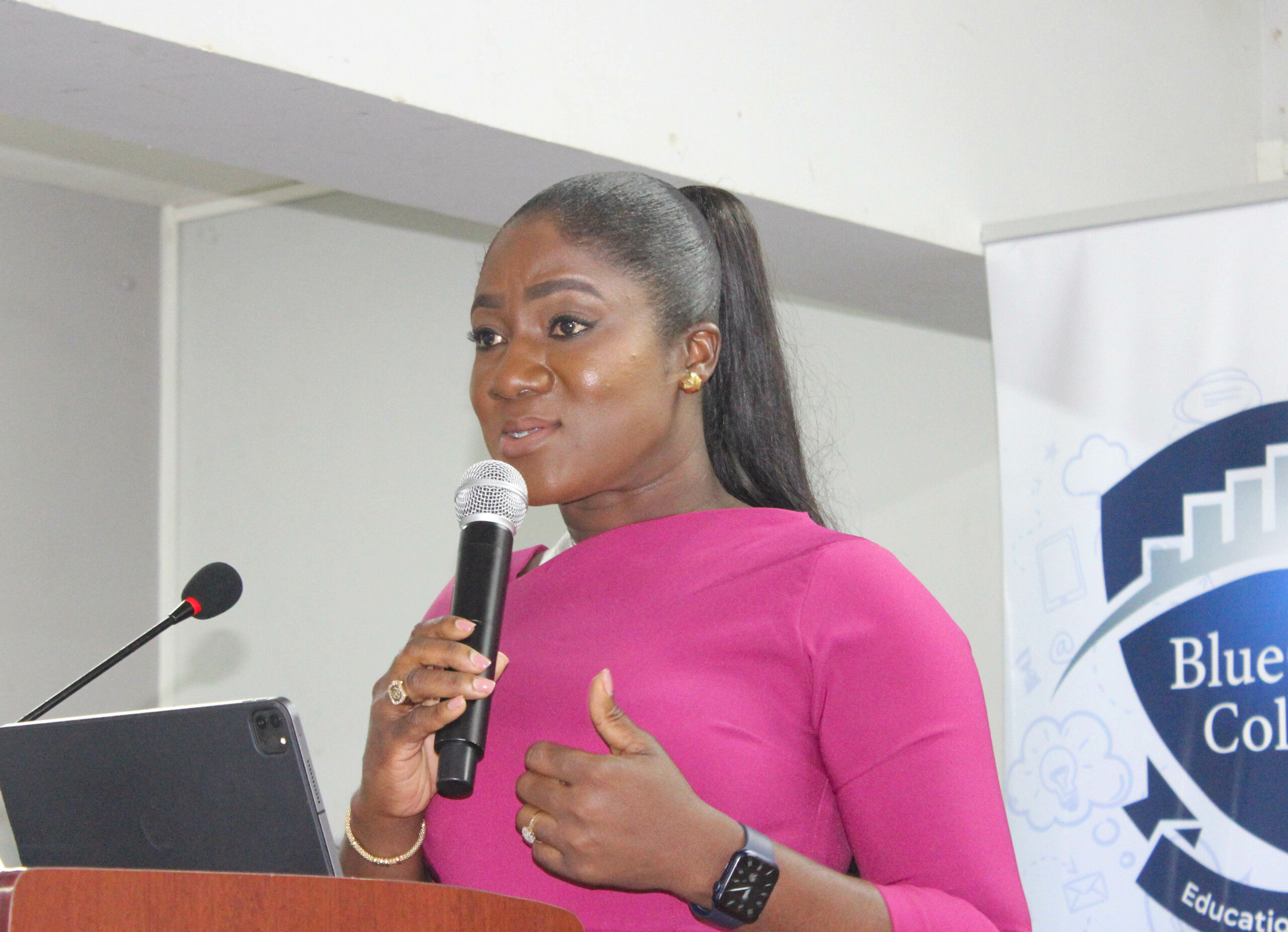 The Deputy Chief Executive Officer (CEO) of the National Youth Authority (NYA), Akosua Manu has called on the youth to equip themselves with the requisite skills that will enable them to take advantage of opportunities in their respective environment.

She explained that in view of the high unemployment levels, it was important for the youth to be innovative to create job opportunities for themselves and their colleagues to help reduce high graduate unemployment in the country.

Ms Manu further revealed that data as far back as 2017 showed that 60,000 graduates couldn’t find ready jobs after completion of university while the average time they could find jobs was between a year and ten years stressing that within that space of time the youth could make themselves profitable by taking advantage of opportunities.

She was speaking at the maiden Public Lecture Series of the BlueCrest University College, on the topic “Transforming graduate unemployment, is entrepreneurship the way?” in Accra on September 16, 2022.

It was organised by the BlueCrest Business School of the university. The college was established in 2010 as a private university and runs Degree courses in Business, Fashion, Information Technology, Journalism and Mass Communications.

Miss Manu further observed that “If young people have the mind to conceive or birth business ideas, the possibility that they can take their future into their own hands is real and they can create opportunities for other people”.

She entreated the youth to take advantage of the African Continental Free Trade Area(AfCFTA) initiative and leverage on the opportunities it provides for them to reach their full potentials.

The CEO admonished the youth to move away from the traditional thinking of acquiring white collar jobs to make money and rather add value to their skills to earn decent incomes and create opportunities for themselves and their colleagues.

The youth should equally shy away from gambling and sports betting and find for themselves something more meaningful to do.

Using her personal experiences as an entrepreneur to make her points clear, she said she found herself in the entrepreneurship world not just because of the money but learning things that helped to build “resilience” around her field of work.

“Entrepreneurship in it’s own way is an education for you to learn better things for yourself” Ms Manu indicated.

The deputy CEO was of the view that venturing into entrepreneurship was not a bed of roses and that irrespective of the challenges they might face they should not give up.

She therefore acknowledged the importance of government putting in place the right policies and creating congenial atmosphere for businesses to thrive.

The Rector of BlueCrest University College, Dr Sujith Jayaprakash, stated that the unemployment ratio was ever increasing in the country and that there was the need to empower people to become entrepreneurs who can create more jobs.

As an institution which was focused on skill development in areas such as technology and fashion, he said it was  part of their responsibility to educate students on available government policies and its benefits through the help of its key stakeholders hence the introduction of the public lecture series.

Dr Jayaprakash mentioned that through this initiative more jobs would be provided for young people in the system and those coming up to help cut down on unemployment ratio being recorded in the country.

He further stated that his institution would subsequently organise more lectures with key stakeholders on topics such as the start up spaces in the country and other entrepreneurial policies available to graduates to help build on the capabilities of students and graduates in the country to create their own jobs.

You can find our social media profiles here , as well as additional related pages here.https://lmflux.com/related-pages/